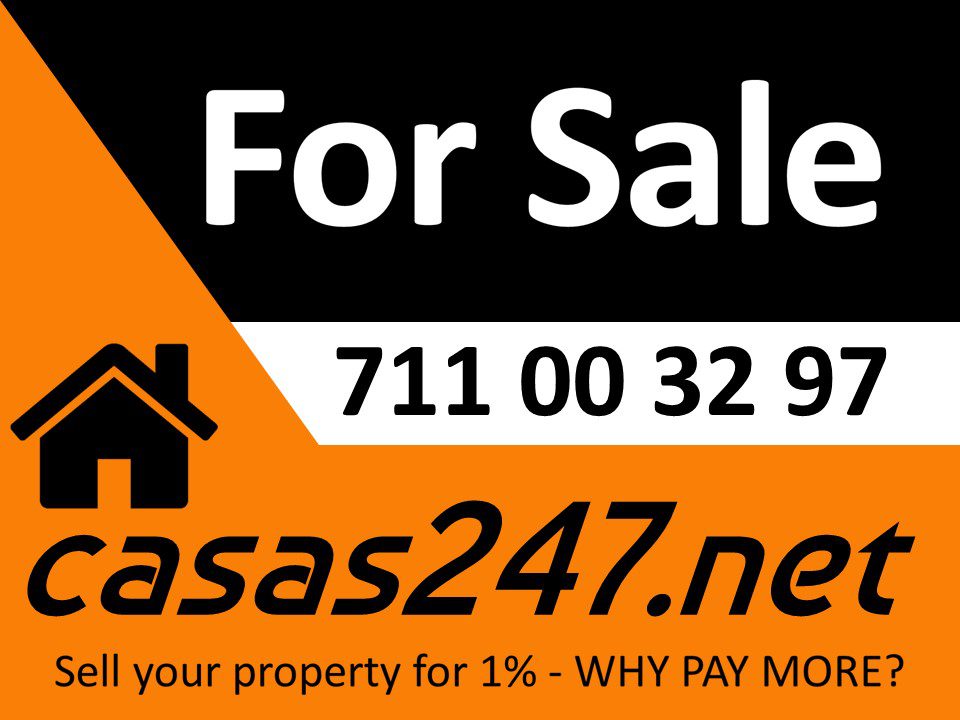 Your Property Sold for Only 1% Commission 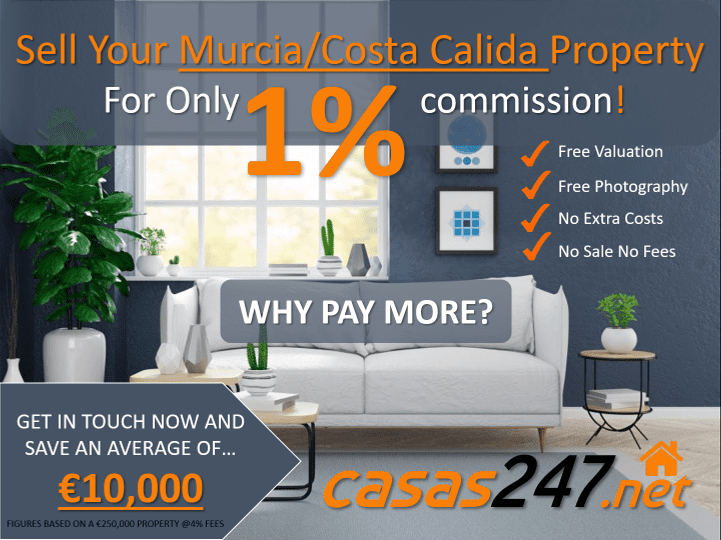 Sell Your Spanish Property for 1% in Murcia Costa Calida Mazarron!

At casas247.net – we are determined to deliver the best value full service an estate agent can provide. In addition, we guarantee there will be no extra fees! Your property will receive full market exposure through major property portals, an associated agent network around Europe and benefit from our growing franchisee initiative.

Casas247.net does not charge upfront fees – we do not get paid until we sell your Spanish property at the notary!

We are certain you will be delighted with the lowest-cost estate agency in Spain – Why not try try us now! – You have nothing to loose.

The Spanish Property Market Is Unpredictable!

Spanish property agents have, historically, charged some of the highest fees in the European property market. Often asking 5-10% commission on resale properties, depending on regional economies and demand. Since the 2008 financial crisis, estate agent’s fees have reduced a little, but on average, when you take added costs and terms & conditions into account, most property owners are still being charged around 4%. That’s 300% more than a UK high Street estate agent charges! When you consider Spain hits buyers with some of the highest purchase taxes in Europe (8-10%) plus land registry, notary and legal fees, this ultimately translates to the Spanish property buyer paying 11% more, on top of the asking price. But it gets worse, most property owners here in Spain also add another 4% onto the price they want to cover their estate agents fees. That’s a whopping 15% the property buyer pays on top of the asking price! This cannot continue, it’s killing an already fragile market. At Casas247.Net, we have slashed Estate Agents fees to just 1%, NO Sale NO Fee! We only charge on completion of the sale, with no upfront costs to the property owner. These huge savings – on average 5,400€ – provides extra wriggle-room for sellers to negotiate a favourable price with their buyers, thus, bringing the price of selling and buying property in Spain down to a more affordable rate.

Recent research has revealed that online estate agents offering low monthly up-front fees, without the guarantee of a sale at the end is not popular in Spain.

Since Purple Bricks burst onto the  British property scene in 2012, offering a new hybrid estate agency to rival their traditional High Street competitors, their low cost pay-upfront business model has been replicated around the world with varying degrees of success – and failure.

Many of the early entrants to the market were simply dwarfed by their well-financed senior rivals. Purple Bricks had a few years head-start, lots of investors and were seen as the original market disrupters. It was a complicated niche to infiltrate.

Eventually, Purple Bricks had to rethink their original business model. Their brand was now established, but profits and returns to their investors were poor. Market survey after market survey churned out the same results – home owners were not comfortable with up-front payments.

By 2015, Spanish property agents looked to replicate PB. It was an attractive proposition. Money upfront, no pressure to sell and in many cases, the option to earn more from charging for photography and adding the vendor’s property to their own website. Further extra charges for premium property portal marketing and assisted viewings. By the time all of these add-ons were calculated by property owners, it was obvious there were no savings to be made, in fact, paying upfront for all those costs, without the slightest hope of a viewing, let alone a sale was just too much of a risk.

Casas247.net has acknowledged where the Spanish property market is heading, which is why we can now offer 1% agent’s fees on a No Sale No Fee basis, with commissions payable on completion with no upfront fees or add-ons! We believe we are the first in our profession to provide this full estate agency service, with no hidden costs or catches. 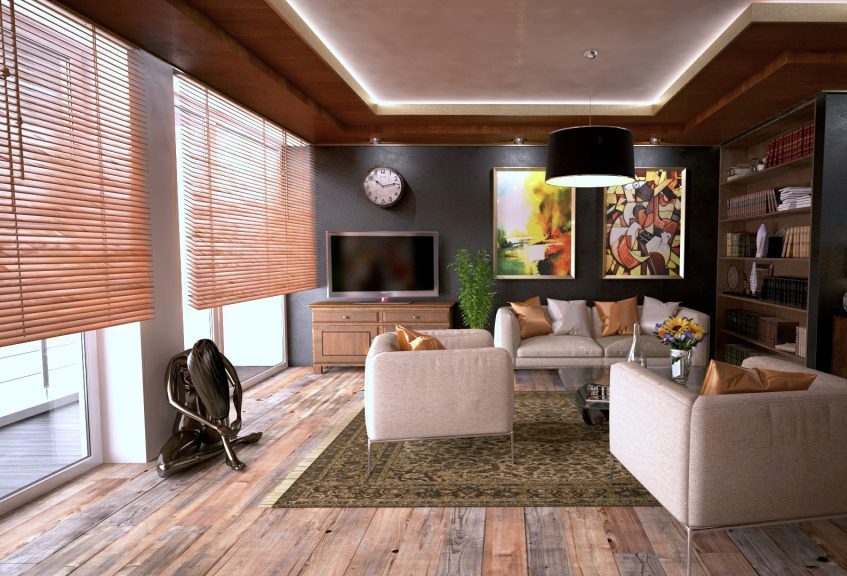 The Spanish property market is very different to the UK. Schools, transport and proximity to the workplace dominate UK property values. These features are relevant in the local Spanish property market too, but rarely apply to the foreign buyer’s market. That’s because most foreign property owners and buyers are looking for a holiday home or to drop out and take it easy and enjoy the good life in the sun.

Rarely do Spanish people buy homes on urbanisations designed for leisure or choose country properties as their main home. Instead, they look for practical, low cost family housing, close to major towns or cities, virtually the exact opposite of what foreign buyers regard as a dream Spanish home.