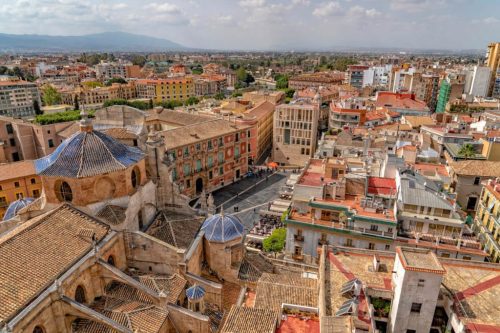 Alhama is located in the Guadalentín Valley, sheltered by the Sierras de Espuña and La Muela. Defensive towers, castles, remains of walls, Renaissance palaces and noble houses reflect the long history of this valley. A city that Arabs and Romans associated with the hot springs that flowed from the mountains, this characteristic is what will give the town its name, since Alhama means thermal bath.

Witness of this are the ruins of the Roman baths, today converted into an archaeological museum.

In the 1st century Alhama was born. On the rocky crag that dominates the city rise the remains of the Arab castle built in the s. Xll, and at whose feet the population has settled. During the tour of the town, the bright colours of the facades of the old mansions are surprising, based on reds, violets, ochre and also blues.

The history of Property for sale Alhama de Murcia is due to the emergence of hot springs. The presence of thermal baths, along with the natural resources provided by the physical environment, contributed to the existence of human activity from the Eneolithic period, in the year 3000 BC.

The “Andalusí” (Andalusian) footprint is in Alhama’s lands, giving the town its name, and these landspreserve important vestiges of history from Romans, and Muslims and Christians, having been the stage for battles between the kingdoms of Castile and Granada.

Within the overall setting of the Guadalentín Valley; Alhama de Murcia has kept a similar location for its population from prehistory to present time. Archaeological sites aredistributed by the municipality based on the natural resources of the physical environment: then water springs, fertile lands, pastures, mid-elevation hills easy to defend, etc…

The Roman Baths are without doubt the most important archaeological site of the municipality; dating back two thousand years, allowing visitors to tour the typical Roman bathroom with 2 distinct sectors; thermal-medicinal baths, and recreational baths; for Islamic baths and for the remains of a 19th century spa. It is now a museum site.

The arrival of the Muslims to the Iberian Peninsula in the 8th century; implied military control of core areas where there was a large population of Tardo-Roman tradition. The Castillo de Alhama (Alhama’s Castle) becomes a fortified settlement associated with a stable population serving a strategic control function. After the Castilian conquest; the town was circumscribed to the crown until it was incorporated into the Señorío de los Fajardo; (Fajardo’s family state) in 1387.

Outside the village, the rural settlement is spread throughout the municipality with small communities associated with a lookout tower; as in the cases of towersInchola, La Pita, the Azaraque and, in other cases such as Ascoy, Torre del Lomo, or Torre de la Mezquita, which have no remains of habitat but have a defense control function and visual connection with the rest of most important fortifications. Other settlements are more residential in nature like the fortification of La Pita or Los Palacios.

A walk through the architecture of 18th centurystarts with the Iglesia de San Lázarowith its magnificent façade, continues through the Iglesia de la Concepción, and it ends with the buildings linked to the economic activity that are a true example of the so-called Arquitectura del Grano (Grain Architecture). La Casa de la Tercia, barn of Marqués de Villafranca and Velez, located on CalleLarga, which keeps theMarquesado shield surrounded by the Toisón de oro; the Municipal Pósitolocated in calle de FulgencioCerónCava, and the Centro Cultural Plaza Vieja; privately owned building that is later acquired by the municipal Government for the City Council from 1923 to 1986. All these are examples of these landmark buildings characterized by classical brick architecture next to plastered masonry sections.

Further examples of the architecture of this period are the landmarks of the Orden de Santiago and La Iglesia de Cartagena from 1760; as well as the mills from Espuña river banksand the Guadalentín river.

The artistic mark of the 19th and 20th centuries is seen in the old town houses in Plaza Vieja, CalleLarga, Corredera, which, with classical and colourful facades, then submerge the visitor into an atmosphere of peace and tranquility at the foot of Cerro del Castillo.

The population growth has defined new architectural spaces and gardens splattered with last century public buildings; such as La casa de los Saavedra (currently, Centro Cultural V Centenario ) and the current City Hall; both dating from the early 20thcentury, or the Plaza de Abastos, built in 1928. In recent years, the Plaza de la Constitución, the Parque de la Cubana, and El Jardín de los Patos; along with their surroundings, frame the new social and economic center of the city; to the detriment of the former Plaza Vieja which nevertheless; still remains mandatory meeting point for the visitor with its impressive noble mansions and the unforgettable Fuente del Caño. Property for sale Alhama. 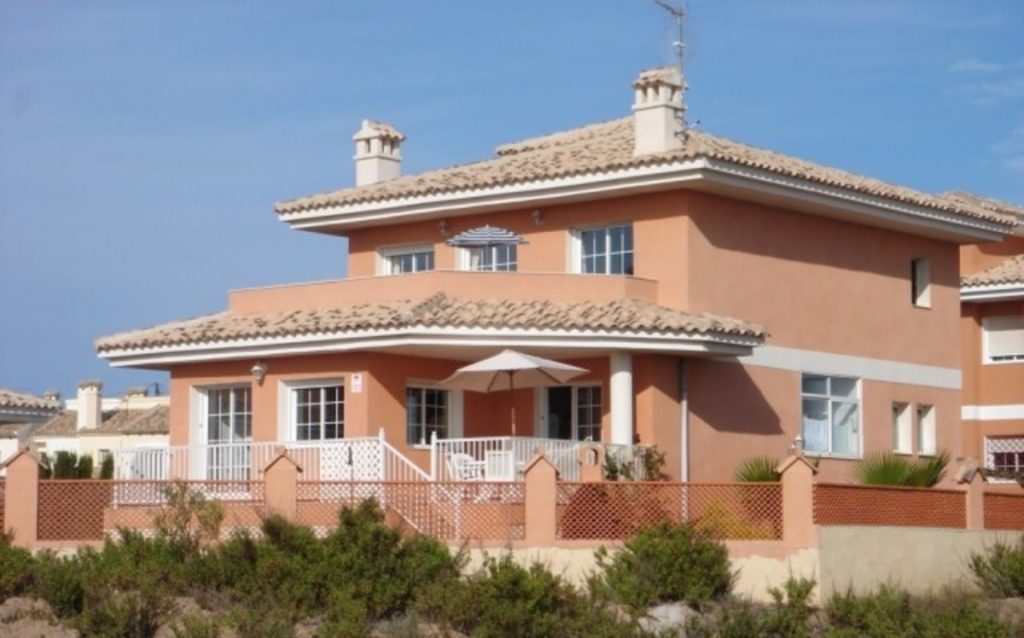 Villas in Murcia for sale.

Casas247.net has 100s of homes for sale in Murcia, Costa Calida in Spain.

Our property owners in Murcia, Costa Calida benefit from the lowest fees in Spain. We charge less than half the fees then other Murcia estate agents, making us the best Costa Calida Estate agency to buy your villas for sale in Murcia through.

Our Murcia property owners can afford to reduce their properties for sale in Murcia to their lowest possible prices by benefiting from on 1% Estate agency fees in Murcia Costa Calida.

Our properties for sale and rent in Murcia are the lowest, best value properties in Spain.

Things we do not do:

Things we do do: