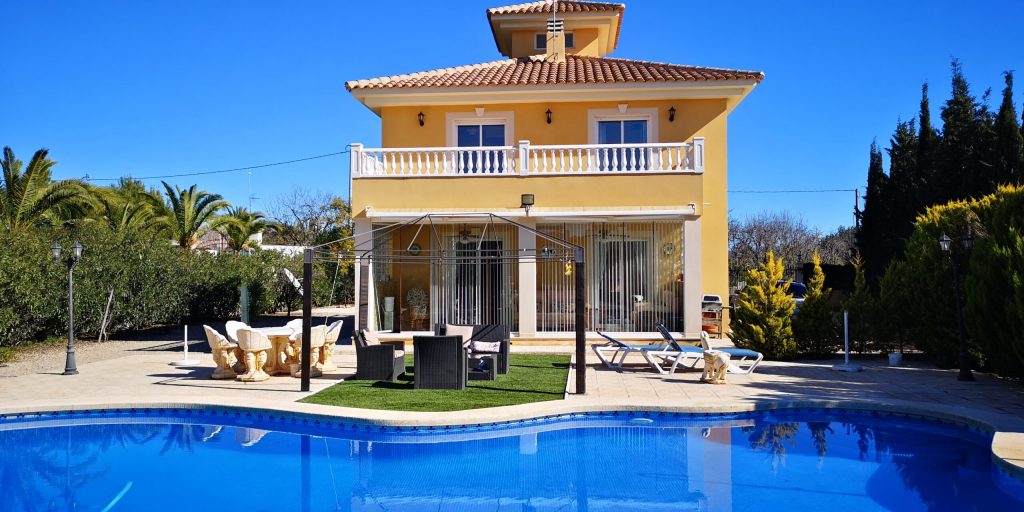 Luxury villas, apartments and similarly country houses are available in Totana, Aledo and many of the stunning hillside towns and villages in the municipality of Totana.

These are some of the festivities of the villages of the municipality below:

Lébor festivity: This festivity is for Saint Peter and is therefore held at the weekend which includes 30 June. A rocket opens the festival. Other activities are music group performances, a procession (festive religious parade) and similarly the typical village fried egg contests. The finale action of the festive days is firework display with typical Spanish structure and procedure named ‘castillo’ (castle).

La Ñorica district festivity: Unlike most villages and localities in general in Spain, La Ñorica has not its own patron saint. Therefore, there is not any patron saint festivities in contrast with many places in Spain, whose main festivities are patron saint ones. A new event of traditional and historic celebration.

La Huerta district festivity: This festivity is for the ‘Virgin of the vegetable-patches’ (Virgen de las huertas); in other words; it is consecrated to the Virgin Mary in facet in which she is related to the vegetable patches. The festivity takes place in a weekend that includes the 8th of September; or in the closest to 8 September weekend. On the first day is the procession (festive religious parade) for the ‘Virgin of the vegetable patches’; next a mass is then held. On the second day a verbena takes place and on the last day of the festive days; there is a mass that includes a music performance of a local band and in addition a mass picnic event.

La Sierra district festivity: The reason for the festivity is the tribute to Leocadia then usually held on the third weekend of September. On the first festive day there is a contest of a Spanish and Portuguese typical dish named migas and next there is a music performance. On the second day; there is a procession (festive religious parade) and next a verbena takes place while on the last day; a mass paella eating event occurs. Sierra Espuna (a mountain range) also has special activities.